-Payton's Lemonade Stand with a HUGE Toys for Tots donation! -Relationship Report Card: Turkey Ultrasounds & Inappropriate Doodles -Who Was Right Last Night: He's back with ex and bringing her to Thanksgiving? Yep! -The Check Yes or No Game! -Joey Chestnut is in town! -Good Vibes: Morgan Wallen's Hometown Feast for Families -The Dad Joke of the Day!

-Jackson Dean wants to be on Yellowstone and he wants this to happen to him! -Who Was Right Last Night: Emergency Host of Thanksgiving! -Check Yes or No Game! -What to do with Turkey Feet? -Good Vibes: Food Instead of Four Wheeler! -The Dad Joke of the Day!

-Trying to give away a $37,000 Big Ring Bling! -Matarese on Black Friday 2022! -Who Was Right Last Night: Christmas Tree in Man Cave -Check Yes or No Game! -Sides-Giving: Glazed Carrots vs Green Bean Casserole -Good Vibes: Father of the Bride -The Dad Joke of the Day!

-Who Was Right Last Night: Cancel Vacay for Taylor Swift -The B-105 Jury Breaks the tie! -Talkin' Turkey with Stattman! -Sides-Giving: Glazed Carrots vs Corn Pudding! -Don't Sing that Song in Prison! LOL -Choices or Voices: My Turkey is Sick -Good Vibes: First American Paycheck! -The Dad Joke of the Day.

-Relationship Report Card: Officer Nick's Beard and Head Hair -Who Was Right Last Night: I Love Him But He's a Hoarder! -Voices or Choices: Gobbling One Man Band! -Sides-Giving: Green Bean Casserole vs Cranberry Sauce -Good Vibes; Bengals Fan of the Year Surprise -The Dad Joke of the Day.

-Who Was Right Last Night: He wants to stuff her turkey? LOL -B-105 Jury calls. -Chelsie's Amazon problem. -10,000 Toys for Girls & Boys with Toy Trooper Julie from Delhi! -Voice or Choices: Turkey on the Billboard! -Good Vibes: Duke's Mayo -The Dad Joke of the Day.
More Episodes 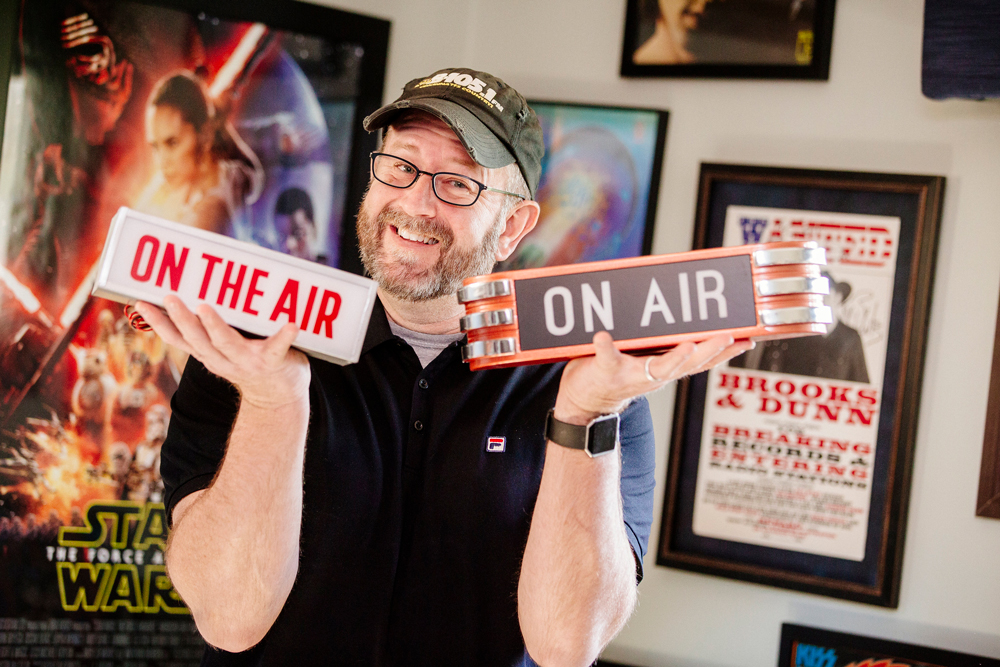 Big Dave grew up and went to college in Murfreesboro, Tennessee, and graduated with a degree in radio and television. After a couple years working in radio in Nashville, Dave moved to The Queen City in 1998 to do the morning show on Young Country Y-96.

He and Chelsie brought their talents to the B-105 Morning Show in August 2014, and along with Statt and Ashley, there’s never a dull moment in the studio from 5-10 a.m.

Dave lives in Fort Mitchell, Kentucky, with his children, Darah and Darren. He is very active in his church, and he can often be found emceeing various charity events around the Tri-State. In his spare time, Dave likes to garden, do home improvement projects, play guitar and be an extreme goofball with his kids! Chelsie started her radio career in 1994 with B-105, doing a little bit of everything from promotions to traffic. She left for a short time but came back to join Big Dave in March of 2010.

She’s happily married to her husband Brad. She knew he was a keeper when on their very first date he had to accompany her to a car show where she was emceeing an event for the station. They now have two children, daughter Reese and son Rory.

Off the air (when she’s not running to soccer, gymnastics or Girl Scouts), Chelsie takes part in a lot of charitable work, with organizations like the Special Olympics, the American Cancer Society and the Aubry Rose Foundation, a great charity that helps children and families facing long stays in the hospital.

Chelsie truly loves every day that she is privileged to be on the air at B-105, where listeners are more like true friends that help make every day on this great station a great day! Jason Statt was born in Cincinnati, and while his on-air personality is certainly silly and fun, he also has a kindhearted and gentle side. His love for life, his family and coworkers is contagious on and off the air.

Married to Kayla, Statt has two beautiful young daughters who keep him busy when he gets home from the station. As an ordained minister, Statt gets to tie the knot for friends and listeners on occasion, and his tireless energy keeps him going at every station event.

One of his passions is to visit local schools once a week to read to children, a skill that didn’t come easily for him when he was younger, but the experience has proven to be a positive example today. Ashley Dawn, an NKU grad and Kentucky native, knew she wanted to go into media since high school. “My whole life, I have gotten in trouble for talking, and now they gave me a microphone. Dreams do come true!” Ashley says.

She has been with B-105 since 2016 and is now bringing her fun, spunky personality to The Big Dave Show.

Ashley loves concerts, and her favorite artist is Dierks Bentley. She also enjoys hanging out with friends and exploring Cincinnati’s night life. Ashley comes from a blended family with one brother, two stepbrothers and two stepsisters. (Fun fact: one of her sisters is also named Ashley, which led to her parents calling her Ashley Dawn).