Listen long enough to Jesse Tack on B-105 and you’ll find out he grew up in Iowa, he has an identical twin brother, he once worked in pizza delivery, his mother was a full-time truck driver and at one point he considered a career in farming. Besides the farming part, most of that is absolutely true.

In his free time, you’ll find Jesse at the movies, DJ’ing weddings, exploring with his Beagle mix, Jackson, and doing things around the house.

Jesse loves being on the radio. He’s been at it since the age of 16 and still looks forward to work every day!

Jesse panicked when his Mom told him about a possible armed-intruder!

Jesse was put on HIGH alert this past Friday when his Mom called and told him to lock all the doors and windows of their house in Iowa. Panic quickly... 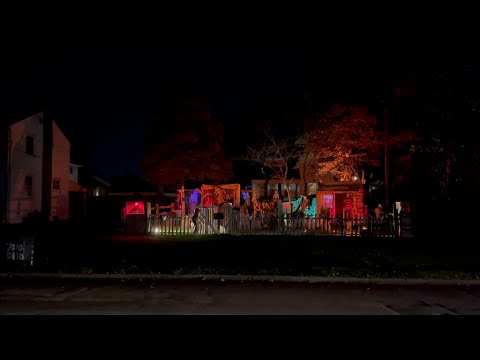 James Hatmaker gave Jesse a personal tour of his Halloween display, 25 years in the making. It's located in SIlverton, OH, just north of Montgomery Rd. off Ohio ...

Jesse asked Thomas Rhett a strange question and he actually had an answer!

Jesse asked Thomas Rhett some rapid-fire questions before his show at Riverbend on 9/23 and to his surprise, Thomas had an answer to one of the stranger questions!

Thanks for making B-105 and Jesse Tack CMA Nominees!

We’re honored to be nominated by the Country Music Association as the Large Market Station AND Personalities (Jesse Tack) of the year! Thank you for listening to B-105 every day!...

Mike Richards already out as host of "Jeopardy"

Well, that was fast! The newly named host of Jeopardy, Mike Richards, has stepped down from the role citing controversy from “past incidents and comments.” He’ll continue to serve as...